Iglesias, Italia – 28 marzo 2013 - Un momento di una delle numerose processioni durante la Settimana Santa di Iglesias.
ITALY - A moment of one of several processions during the Holy Week in Iglesias, Sardinia Island, on March 28,2013. The processions during all the days of Holy Week in Iglesias are treated largely by "Arciconfraternita of the Holy Mount, born around the middle of the sixteenth century and which has among its activities assistance to the poor in various forms. 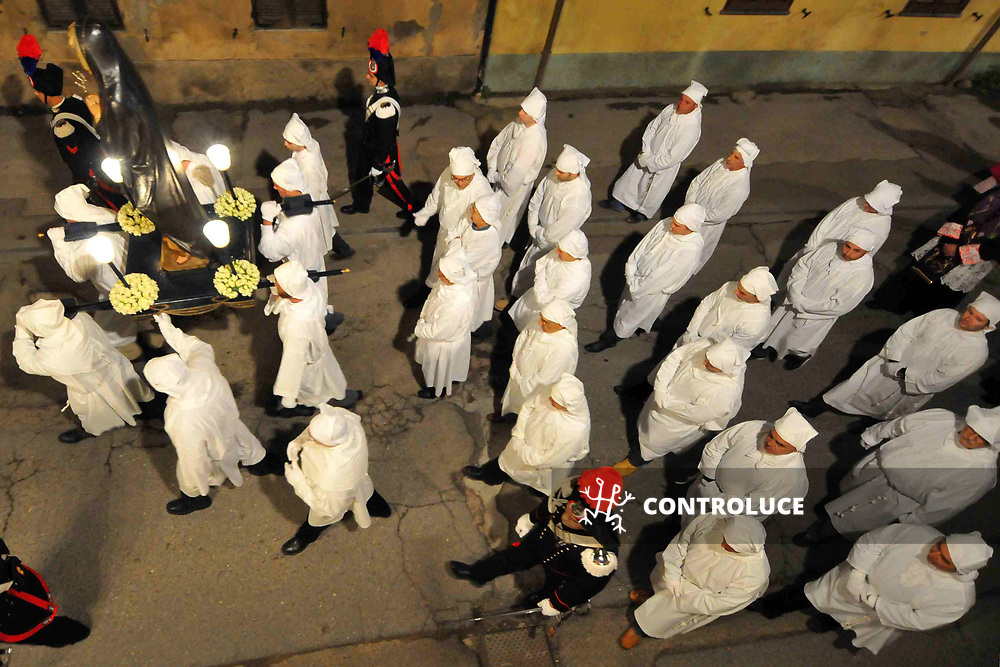